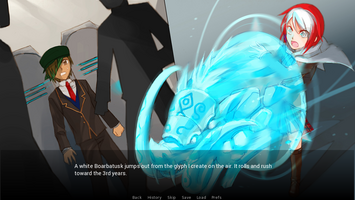 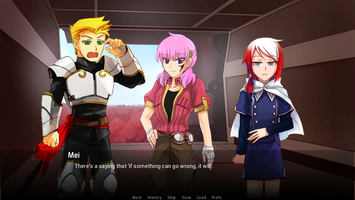 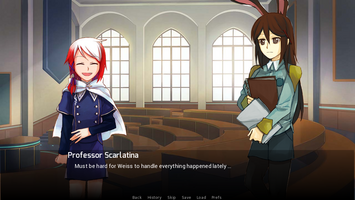 This project was originally started around October 2016. Ookaminoki and I knew each other more or less a year before that, because I followed her fanmade comic of RWBY (Huntress AU) and then I wrote random pieces based on her RWBY OC. Around October 2016, I asked Ookaminoki whether she wanted to collaborate making visual novel. I really think her artwork style is unique and suitable for a VN.

Ookaminoki was interested and rather than making a whole new story, she suggested to make a VN based on our RWBY OCs.

Nina joined us a bit later. She is always interested in making background art and offered to help when I told her about the VN project.

This project already has a (monthly, supposedly) devlog posted in Tumblr. But recently Tumblr is blocked in my country. Though, I can still open it using VPN, I think I should post this project somewhere else for easier access.

I think that's all for the first devtalk. Thank you for reading and we hope you enjoy the game demo. :)

Get [Fangame] Team AURM - All Our Days

[Fangame] Team AURM - All Our Days